Testing your code is important.

In the last part of the series, I explain how I set up continuous integration tests using podman and GitHub Actions.

If you haven’t read the first parts yet, I would suggest doing this before. Here are links to the other parts:

GNOME Shell in a Container

💞 At this point, I want to send a big THANKS to GitHub user @amezin who helped me a lot in setting up these containers!

So the idea is to run GNOME Shell in a container, install the extension, and perform various tests on it. For this purpose, I created several Fedora-based containers, one for each GNOME Shell version I want to run tests on. These containers are currently available:

📦 For more information on the content of those container images, please visit the repository with the deployed packages on GitHub.

So here’s an example what you can do with these containers (you will need to have podman and imagemagick installed). Run the following commands one by one. The first command will download and run a container based on Fedora 33. You can then use the two other commands to run GNOME Shell, and open the gnome-control-center inside the container.

Did it work? Well, we will see! Open up another terminal on your host and execute the following commands. These will capture a screenshot of GNOME Shell inside the container! 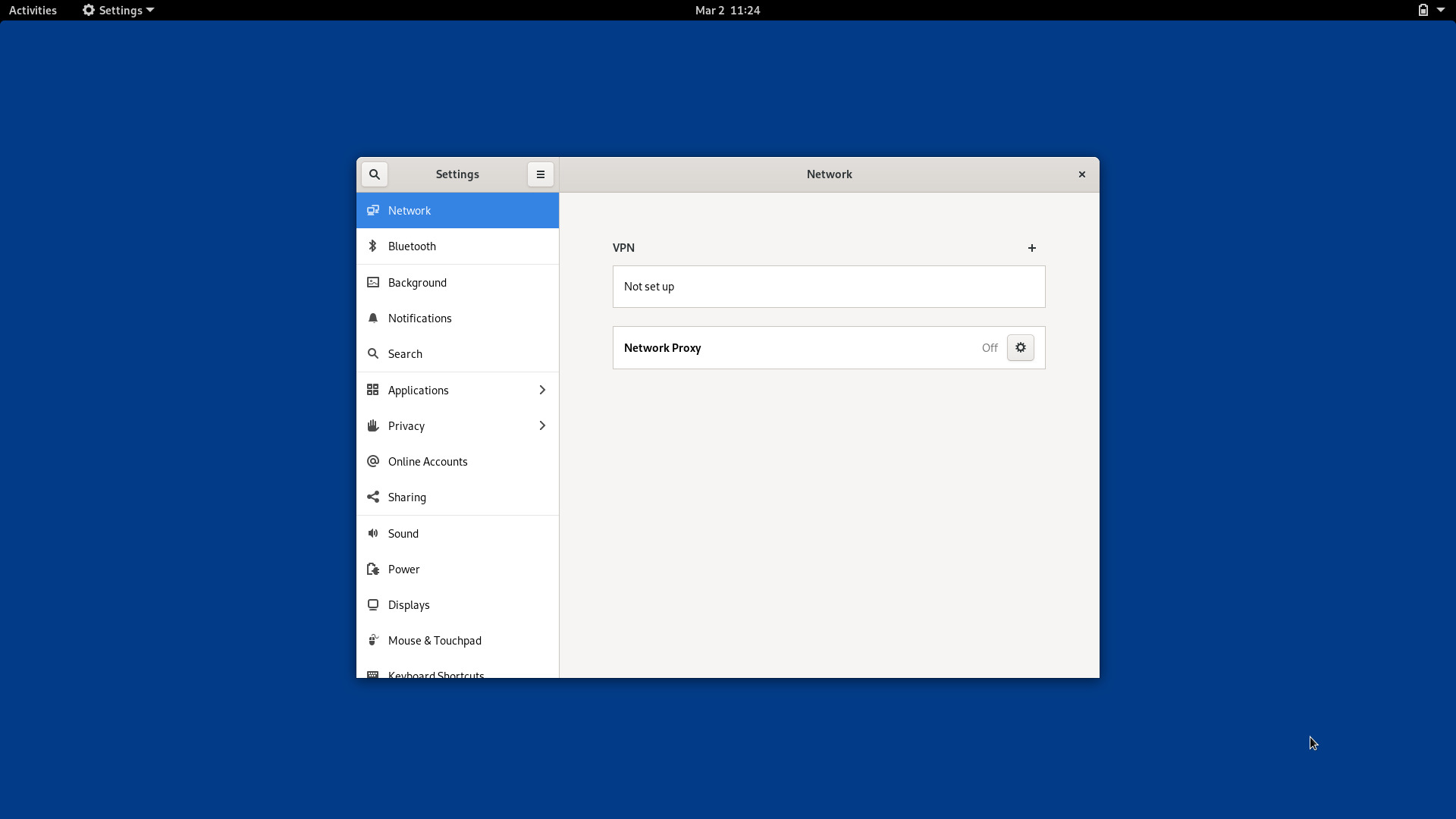 I think you see where this is going. In the next example, we will perform the same steps, but with a non-interactive container. You can copy-paste the entire block below to your terminal and execute it all together.

Feel free to replace the gnome-shell-pod-33 with any other container image name. For example, gnome-shell-pod-36 will give you GNOME Shell 42 (we will have to disable this welcome tour later…): 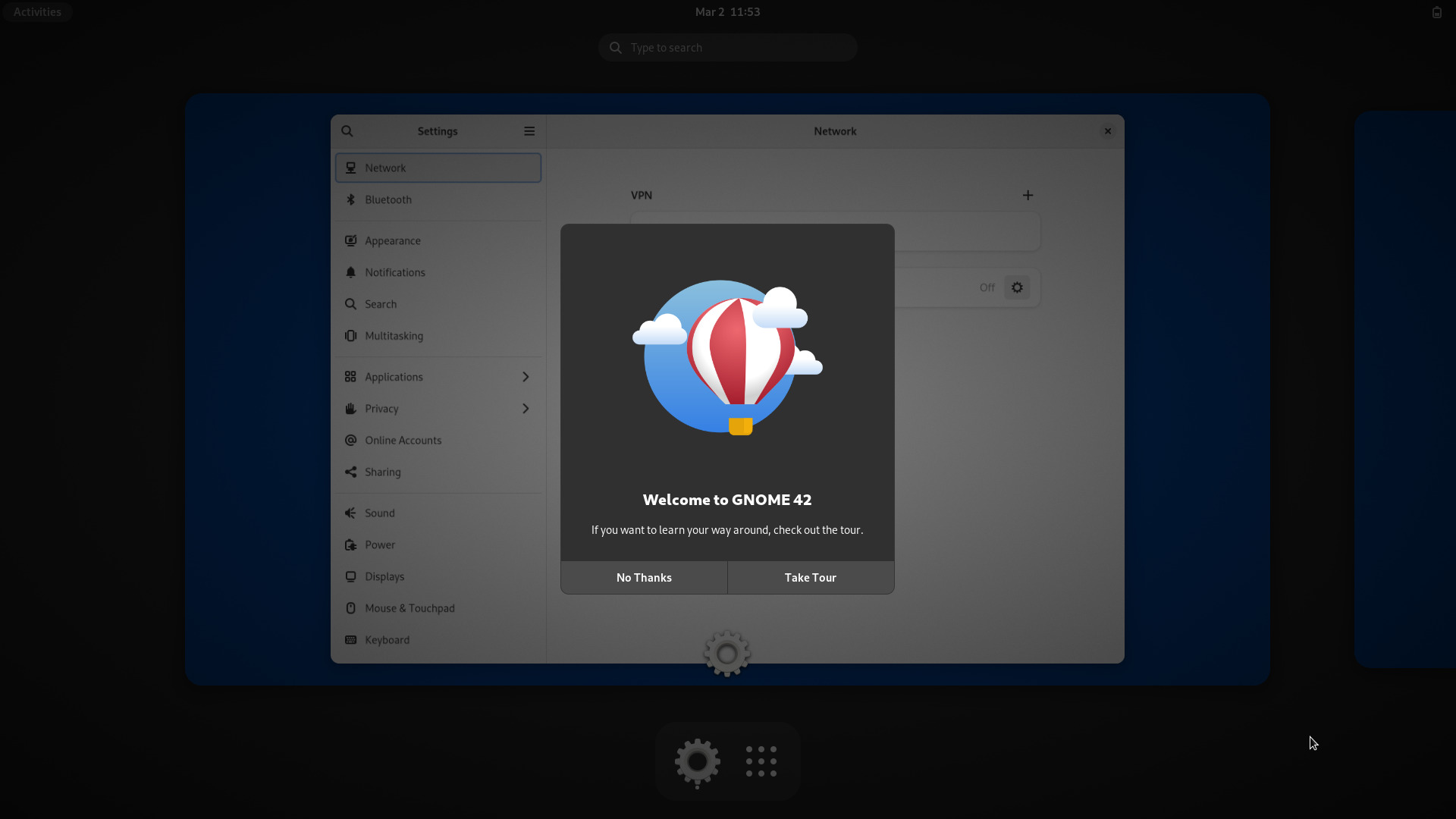 Executing Tests in the Container

We can now use this setup to run automated tests inside the containers. The following example script uses podman cp to copy the extension zip into the running container. It then installs and enables the extension with gnome-extensions install and gnome-extensions enable respectively. Thereafter, it launches GNOME Shell and closes the initial overview & welcome tour of GNOME 40+. Finally, it opens the preferences window of the extension. To test whether this worked, the virtual screen is searched for a sub-image of the preferences dialog. For this, you can make a screen shot of a small portion of your preferences dialog, and save it as references/preferences.png to the extension’s repository.

If the script fails at some point, a screenshot (fail.png) and log (fail.log) will be saved. Later, these will be uploaded as assets by GitHub Actions so that we can learn why a pipeline failed.

Just save the following code as run-tests.sh in the root directory of your extension repository. I use a bash script here, however you could also use any other scripting language. Please study the code carefully; I tried to explain everything with inline comments.

This is just a minimal example for how such a testing script could look like. Of course, you can do this completely differently! You could also add a test API to your extension which you call from the script. There are many other things which could be done and with a bit of creativity. For example, the test script of Fly-Pie uses xdotool to move the mouse pointer and to click on menu items.

To test the animations of the Burn-My-Windows extensions, I added a test-mode which can be enabled using gsettings set during the tests. This causes all animations just show one fixed frame for a period of five seconds (this ensures that all screenshots will capture the same moment of the animations). Furthermore, it makes sure that all calls to Math.random() are effectively disabled.

Then, I created a script which generates reference images for all supported GNOME versions / X11 / Wayland / all window-open animations / all window-close animations. This makes up for a total of 136 test cases. Below, you can see the reference images for some included effects. You can observe, how they slightly differ from configuration to configuration.

The test script of Burn-My-Windows then re-captures all those images and compares them with the reference versions.

Running the Tests on GitHub

As a final step, we need to run those test via GitHub Actions. To do this, save the above YAML code as .github/workflows/tests.yml in your extension repository. The workflow will be run on each push and each pull request. However, I usually do not need to run all tests on all pushes to branches except for the main branch. Therefore, I added the interesting if in line 15: This ensures that the tests are only executed in three cases:

The run-tests.sh script will then be executed for each combination of the Fedora versions and Wayland / X11. Whenever a test fails, the fail.png and fail.log will be uploaded. As before, the “Download Dependencies” step may not be necessary for your extension.

I hope that you learned something from these guides! Maybe, one or the other aspect can be applied to your extension as well. If you have any questions, suggestions, or alternative solutions, feel free to post a comment!

ℹ️ The post has been updated on 04 March 2022 to include the more advanced Burn-My-Windows example.