I have just released a new version of Fly-Pie. This release features for example improved touch-pad support, new theming options, and the possibility to become a sponsor!

As always, it will take some time for the new version to get approved on extensions.gnome.org. If you cannot wait, it is easy to download the latest release from GitHub!

The new features include a new interaction mode which is specifically useful on touch-pads: Turbo Mode! You can now “draw” gestures as long as a modifier key, such as Ctrl, Shift, or Alt is held down without having to press your mouse button! This is especially useful when you opened the menu with a shortcut involving such a modifier key. You can just keep it pressed and move the pointer with the mouse or your touch-pad!

There is also a new advanced expert setting which lets you select items without the need to press any key or button at all! It is called Hover Mode and it can improve selection speeds significantly if you know your menus by heart. It is also useful if you open your menus with other means, such as Easystroke or hot corners.

Another new feature is the support for item background images in the theming options. This allows to customize Fly-Pie’s appearance to a much greater extent. Fly-Pie 5 includes several new presets, some of which you can see in the screenshots below.

Furthermore, the documentation has been improved significantly. This covers topics such as Fly-Pie’s D-Bus Interface, Contribution Guidelines, the Software Architecture, Translation Guides, and Guides on how-to create new item types.

Finally, I now offer the option to become a sponsor of Fly-Pie! While coding new features or translating Fly-Pie is the most awesome way to contribute, providing financial support will help me stay motivated to invest my spare time to keep the project alive in the future.

Do you want to show that you love Fly-Pie too? You may become a sponsor for as little as 1$ / month! Sponsors are shown on the homepage of Fly-Pie as well as in the about-dialog of the software.

The list below contains the complete change set for this new version.

A lot of work for upcoming versions of Fly-Pie is already happening. The most important changes will include support for GNOME 40 and achievements.

In most parts, Fly-Pie already works under GNOME 40. The ported code is available in a separate branch, you can find the pull request on GitHub. The only missing feature is drag-and-drop support in the menu editor which depends on this Gtk4 Issue. In the screenshots below, you can see Fly-Pie running on GNOME 40! As you can see, the settings dialog of Fly-Pie will receive a major design overhaul as part of the Gtk4 port. 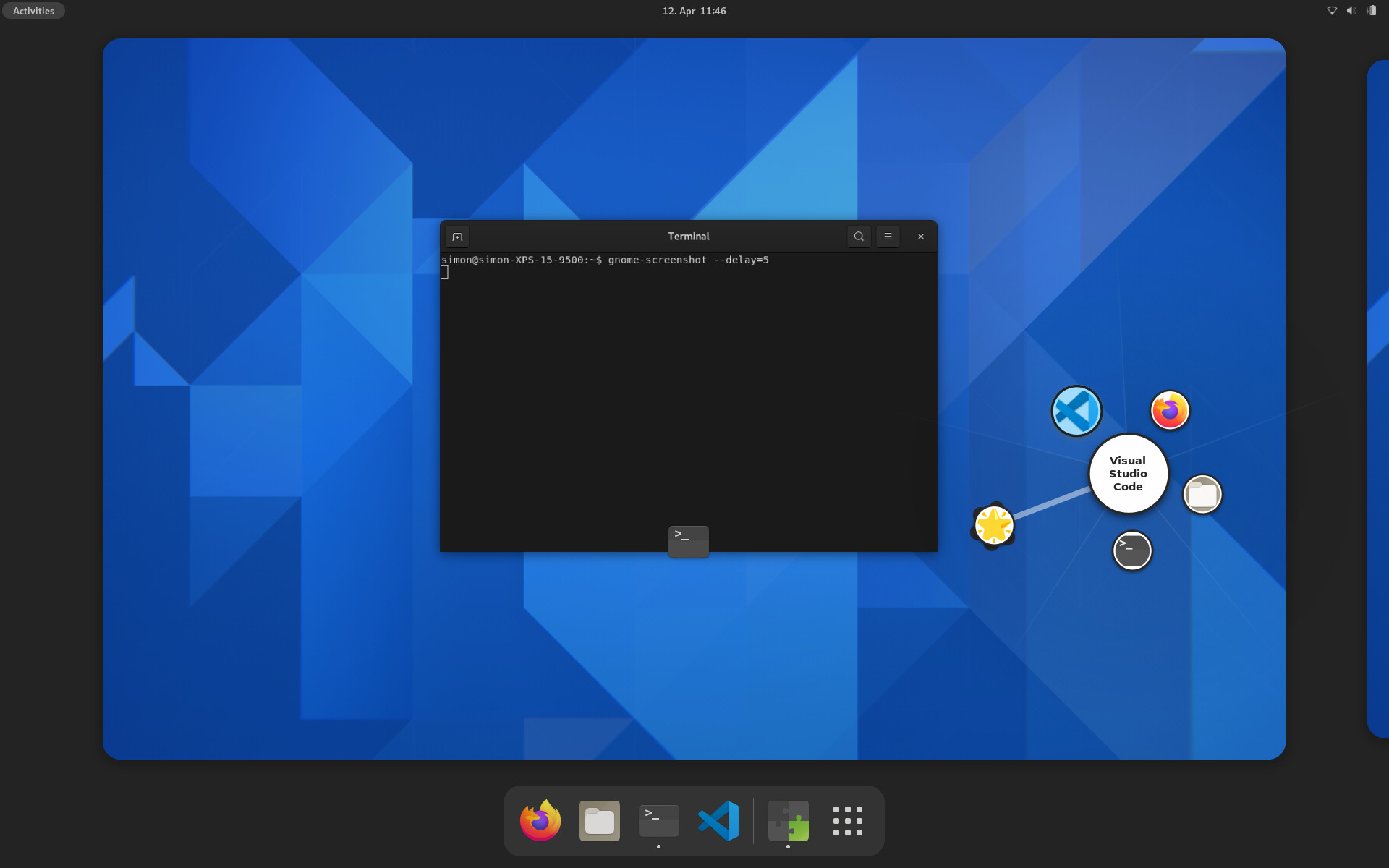 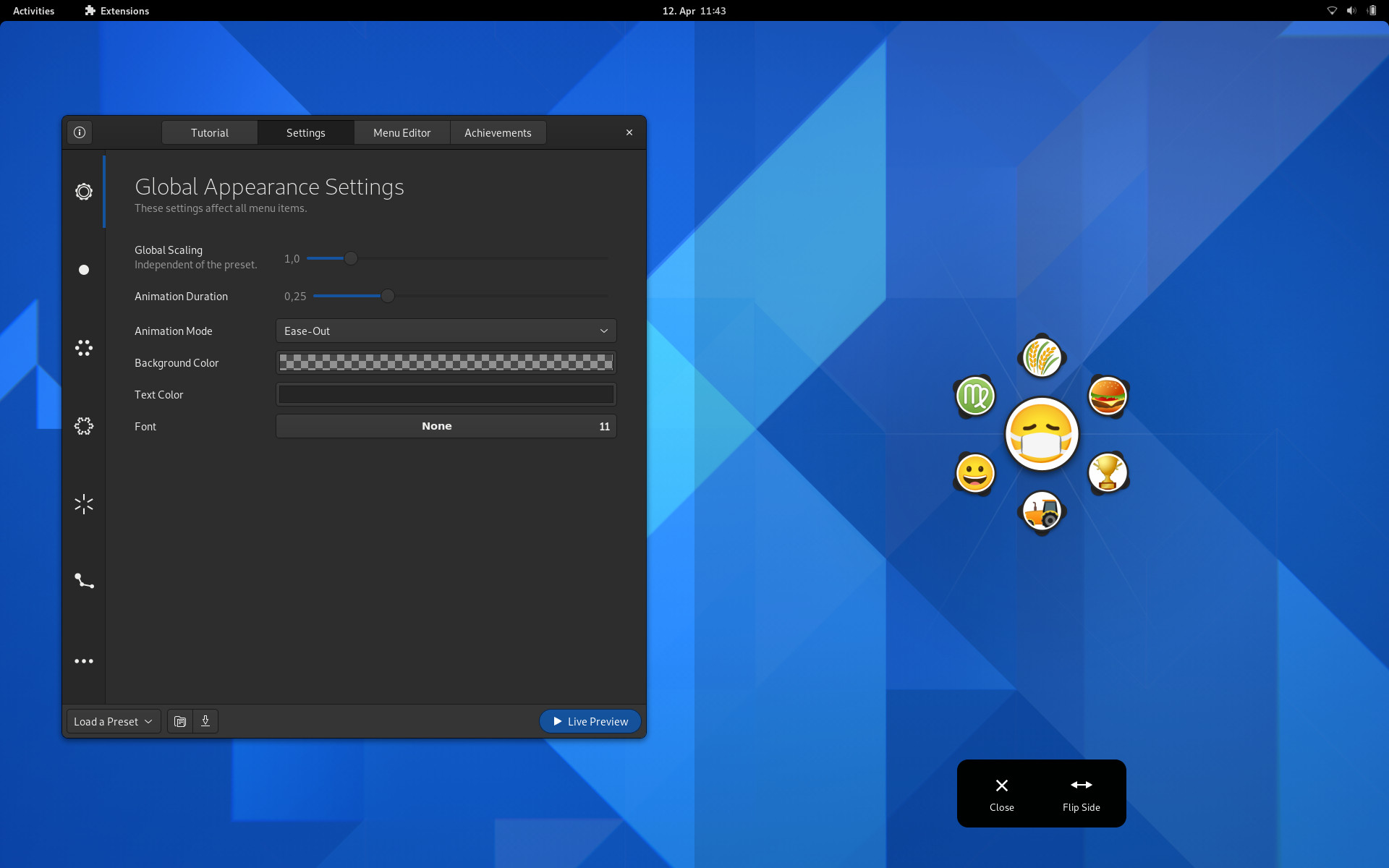 Some code for the achievements has already been contributed to the code base, too. Below you find some concept art for the badges you will be able to earn by using Fly-Pie! I created these badges with Blender. The raw *.blend files are available in Fly-Pie’s repository! 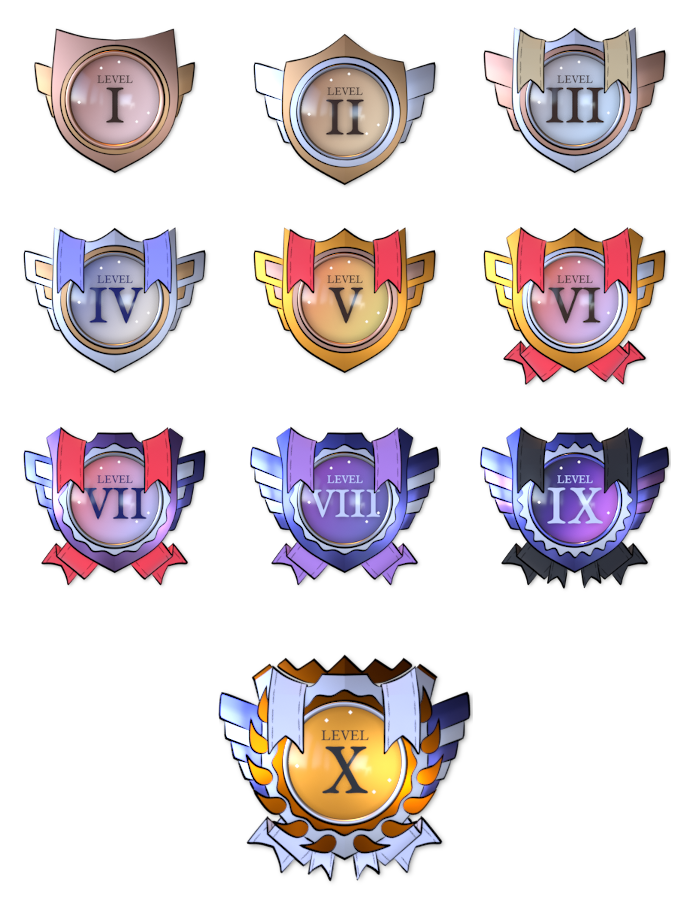 That’s it for now! If you want to share your thoughts on Fly-Pie, you can open a discussion on GitHub. I would really appreciate contributions to the code base, the translations, or the artwork (such as new themes).